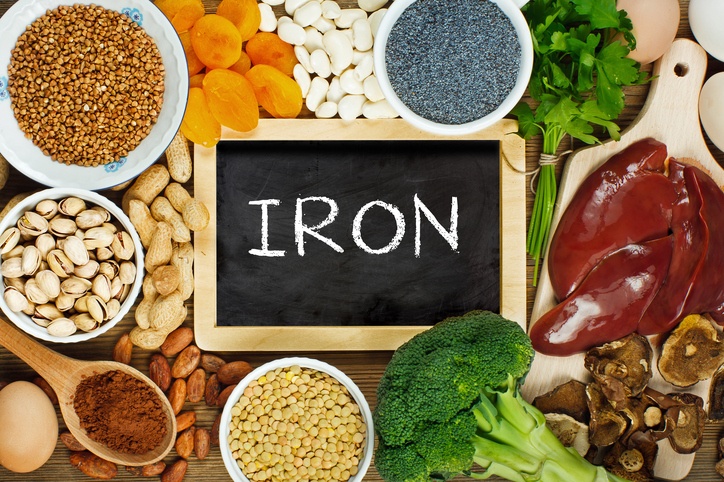 Eating foods high in iron, such as red meat or barley bread, can help cure anemia, which is caused by iron deficiency.

However, foods high in iron are important at all stages of your life and should be consumed daily. Especially for pregnant women, infants and elderly people, as these groups have a greater need for iron.

Here you can find a table with foods high in iron, which are separated by animal and vegetable sources:

Foods high in iron for anemia

Foods rich in iron for anemia include:

In addition to food rich in iron, it is also important to follow other feeding tips such as:

Mixing vegetables and fruits to make juice can also be a great way to enrich the diet in iron. Two recipes that are high in iron would be: stewed liver steak and freshly squeezed pineapple juice with fresh parsley.

The daily requirement of iron varies according to age and gender, since women have a greater need for iron than men, especially during pregnancy.